Erin (McKee) Fowle has been an avid horse lover since the age of 6, when she first rode her Uncle’s pony, Honey. Even though that pony did its best to wipe Erin off at every tree, Erin did not let that deter her!

Every year for Christmas, she would ask for a horse, but her non-horse family in Huntington Beach was not quite ready for that. Erin continued to read every horse book possible and pretend to be an Olympic rider with her Breyer horses. But, to Erin’s parents’ credit, they did support her passion by taking her to rental barns and then starting her with lessons when she turned 10. English lessons were the beginning, and she learned hunt seat equitation on her lovely lesson horse, Gypsy, who had been there, done that with many other riders.

Firsts
Erin then continued at another barn with English lessons and was a member of her Horse 4H group. Her lesson horse, Raider, was a grade gelding, but he was a gem! Over time, Erin’s parents saw this horse fad was not going away, and they leased Raider for a bit. On Christmas Day, in 1982, they surprised Erin with Raider as her very own!

Erin and Raider continued to be partners and would join their friends at local gymkhanas and playdays (all with an English saddle!). Her barn and the 4H club then hosted a horse show, and the pair entered their very first show. To their dismay, they won several classes, and the judge, Robyn, latched on to the pair to train! 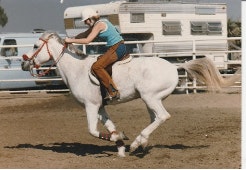 Erin would spend many hours in Thermal, CA, learning more about riding from Robyn, and she also began a little bit of dressage and jumping under Robyn’s tutelage. Unfortunately, Raider, because of his legs, was not a jumper; low and behold, a friend needed to sell her young horse, Em, and Erin’s parents bought her! Robyn’s husband at the time, Mark, was also talented with horses. He continued to develop Em for Erin; Erin and Em went on to show in both western and English events, including reining, trail, equitation, pleasure, and hunter/jumpers.

Unlike many young horse-crazy girls, Erin did not outgrow them during high school. In fact, Em went to Kentucky with her, and then back to San Luis Obispo, CA, Pullman, WA, and Chico, CA, while Erin completed her Animal Science degree and teaching credentials in Agriculture, and English. During this time, they would still compete in horse shows together.

After college, Erin moved to Etna, CA, and married 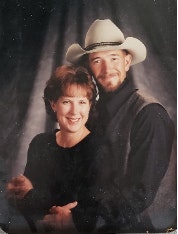 Jeff Fowle, where they continued to help manage the family ranch. Em and Raider both joined her, but as a new teacher, horse time was not as often as Erin would have liked. Fortunately, she could still ride in the mountains and on the ranch, while also helping her grandfather-in-law, breed, raise and train Percheron draft horses. This opened a whole new world for Erin, and she soon learned how to drive singles, pairs, and 4 ups in a hitch. Her passion for learning led her to compete with the Percherons at fairs (from farm implements to milk carton races), and driving them in parades.

In 1998, Erin’s parents attended a Pat Parelli event in Southern California. They shared their video of the event, and Erin was hooked! She saw there was so much more to horses, and she loved the connection she saw with Pat and his horses. In 1999, she became a student of Parelli Natural Horsemanship, and in 2000, Erin traveled to Pagosa Springs, learning from Linda Parelli in an Advanced Level 2 class. 2002 took her back to learn from Pat’s Advanced Level 3 course.

In 2006, Erin welcomed her son, Kyle; she decided to focus on family, and stay close to home to work. Erin continued to be involved with the draft horses, and bred her mare, Em, resulting in a lovely colt, Dan (Percheron sire – Appendix QH dam). Tragedy struck when he was just newly weaned, and Em broke her leg on a dark, foggy night. That was a dim time in Erin’s life, but she felt blessed to have Dan – a piece of her beloved mare – to develop as he got older. Erin also met Taro, a “failed racehorse” before she was 2, and brought the filly home to grow and develop along with Dan.

Developing as a Professional

Erin never let go of her Parelli Natural Horsemanship membership and attended clinics when they came closer to home but longed to return to Pagosa Springs. In 2010, Erin was fortunate to return to Colorado, and with her boy, Dan. This time, she attended a four-week course, which led her to start her trek of becoming a licensed professional. Starting as a 1-Star Professional that same year, Erin continued her learning and progressed to 2-Star and then a 3-Star Professional. Along the line, she assisted and then led courses on the Parelli campus in Colorado. Additionally, Erin was a supporter of the Parelli Foundation, where she participated in two Road to The Summit horse development fundraisers, taught a Rehoming for Life (Horse Welfare) and Therapeutic Horsemanship/Natural Horsemanship clinics, and volunteered in numerous other events for the Foundation. Erin also spent many hours teaching and training at a horse rescue in Sonoma County.

Another blessing because of being part of the Parelli community, Erin met Mike and Catherine Sapienza, the managers of Atwood Ranch Naturally, in Red Bluff, CA (only a few hours from Erin’s home). Mr. Atwood already had a fantastic breeding program, but Mike and Catherine introduced Mr. Atwood and Pat Parelli with the idea of bringing Natural Horsemanship to the horses of Atwood Ranch. With many other Parelli students/protégé’s, Mike and Catherine created a solid foundation for the foals, which also led up to their first rides. Erin was able to visit the ranch and help Atwood’s Horse Development professionals over the years, gaining many valuable insights to foals, preschool training, pre-saddle training, and first rides. In recent years, Erin has had the good fortune to be a part of these horses’ developments, with some coming to her ranch for further education.

Also because of Erin’s connection with Atwood Ranch, she was able to bring a new partner into her life, Luna, an Appendix QH filly, In 2014, Luna only had one ride at Pat’s Foals to First Rides event, and so Luna came to Erin’s ranch to be further developed. After the first month, Erin knew that Luna belonged in her family! Over the years, Erin has learned to train a horse to be straight up in the bridle, utilizing the vaquero style of horsemanship (bosal, two rein, bridle), and to have more fun with cattle – all with Luna by her side. They have also had some ups and downs but got back on track with the help of two of Erin’s mentors, Trevor Carter, and Jake Biernbaum.

In addition to Luna, Erin has met several other mares along the way who stole her heart. The first was Mia. Mia was confiscated as a yearling due to malnutrition and neglect; the horse rescue Erin taught at, utilized natural horsemanship to prep her for the first ride with Erin. It was at that moment Erin knew Mia was meant to be her next English horse. Another special mare, Blue, entered Erin’s life on the Parelli campus. She belonged to a student in the courses Erin was helping with, and they had some bad experiences before coming to Pagosa Springs. Erin developed a friendship with Blue’s owner and was able to spend several seasons helping Blue become a more stable, confident, partner. Over time, Blue’s partner decided they probably would not be the best match, and Erin brought Blue into the family as well. Three mares now make up Erin’s main squeezes (Dan is living a good life at Erin’s mother-in-law’s!) 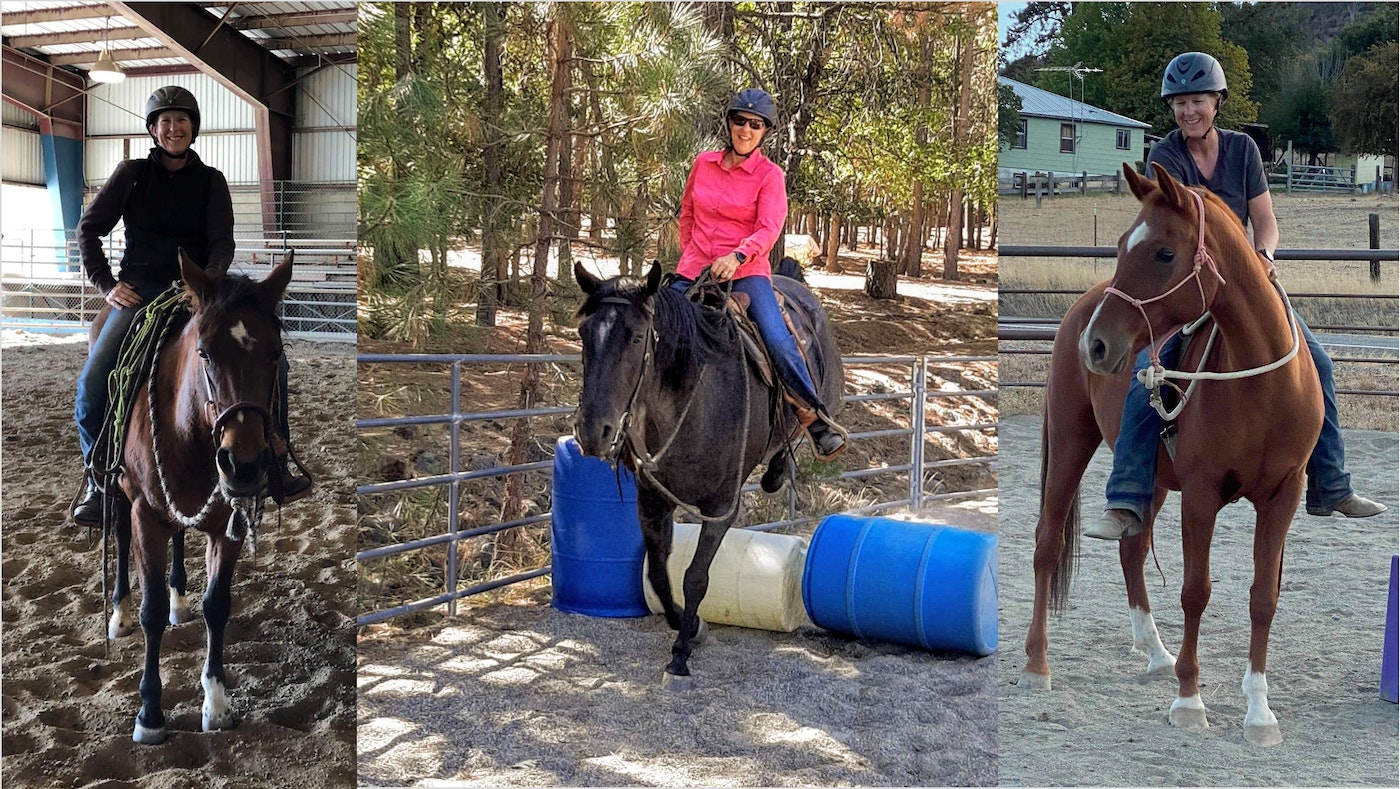 Today, Erin still lives with her family on the ranch in Northern California, where they raise cattle, sheep, and hay. She is a part-time special education teacher, a seasonal therapeutic riding instructor, and continues to develop young horses, re-start older horses, and support people with challenging horses. Additionally, she teaches horsemanship lessons/workshops/clinics and is the Etna 4H Horse Leader. Erin enjoys entering ranch horse shows, playing with cattle, riding the trails, and furthering her education with horseman/women who share the same values as she does. Her most recent adventure is joining Linda Parelli’s Happy Horse, Happy Life Instructor Mentor Program!